Time of Crisis Expansion, The Age of Iron & Rust

Previous product Product 283 of 312 Next product 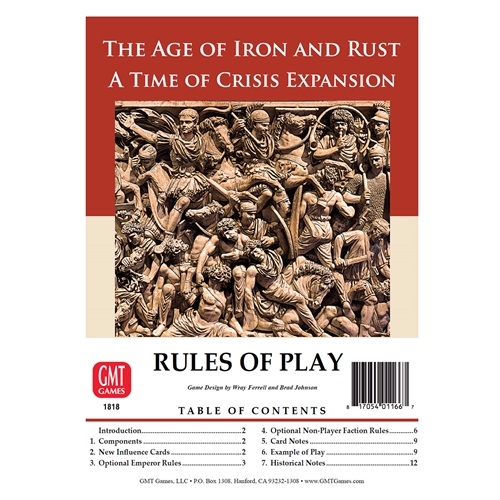 Time of Crisis is the game that allows 2-4 players to re-create the Roman Crisis of the Third Century, leading separate dynasties in a struggle for control of an empire beset by threats both internal and external.  The Time of Crisis Expansion provides new choices for players to build their influence, exert their Imperial power, and even play alone!