Previous product Product 261 of 371 Next product 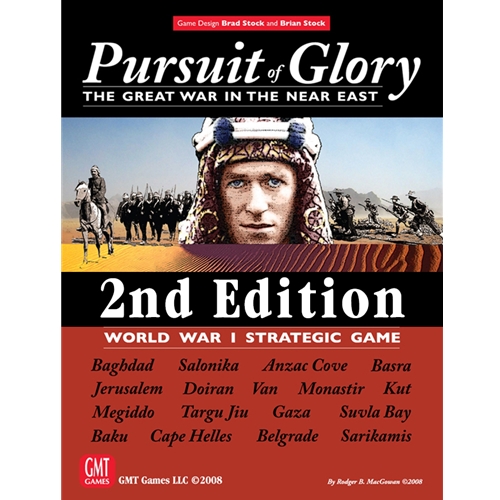 Notes on 2nd Edition: Pursuit of Glory: The Great War in the Near East is a sequel to the famous World War I card-driven game, Paths of Glory. Consistently rated in the top 100 war games on board game geek over the last decade, Pursuit of Glory was a 2009 Golden Geek Best War Game Nominee. This game puts you in the driver's seat of the British/Russian alliance or the Ottoman Empire during World War One. Gallipoli, holy war, mutiny, and the Russian Revolution await. Walk in the shoes of men such as Churchill, Lawrence of Arabia, Enver, and Falkenhayn.

The second edition will include: