Previous product Product 39 of 306 Next product 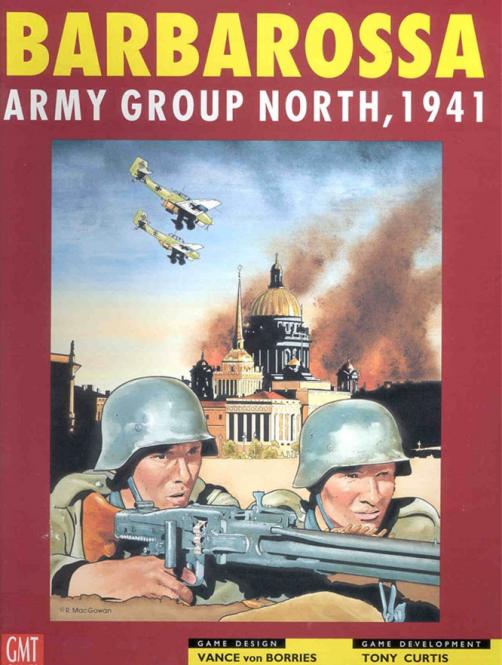 On June 22nd, 1941, Army Group North, the smallest of the three German army groups, drives forward into the Baltic states. Its objective is Leningrad. Once the crown jewel of Czarist Russia, Leningrad is now the second most important city in the Soviet Union. Its array of ordnance factories includes the massive Kirov Tank Works that turns out most of the heavy KV-1 and KV-2 production for the Soviet Army. Loss of Leningrad would deprive the Soviets of a major population and industrial center and give the Germans the advantage of position in any drive against Moscow from the northwest.

Army Group North, short of Luftwaffe support and motorized forces, is the only army group that fails to achieve a significant encirclement at any stage of its campaign. Skillfully utilizing terrain and ruthlessly exploiting the civilian population, the Soviets construct a fortified line along the Luga River that stalls the Germans for a month until massive Luftwaffe and motorized reinforcements from Army Group Center allow a decisive breakthrough and dash for Leningrad itself. In a furious September battle, the Germans fall just short of taking Leningrad when time runs out. Operation Typhoon, the final push against Moscow, is imminent. Army Group North must give up amost all of its Luftwaffe and motorized formations. With no strike force remaining, the Germans dig in. Leningrad survives capture only to endure a brutal, epic 900 day siege.

Can you, as the Axis commander, succeed where German High Command failed? As the Soviet commander, can you repeat history and halt the Axis invaders short of Leningrad?