This online shop is using cookies to give you the best shopping expierience. Thereby for example the session information or language setting are stored on your computer. Without cookies the range of the online shop's functionality is limited. If you do not agree, please click here. x
You are here: / By Manufacturer / Dr. Richter Konfliktsimulationen
Back to overview 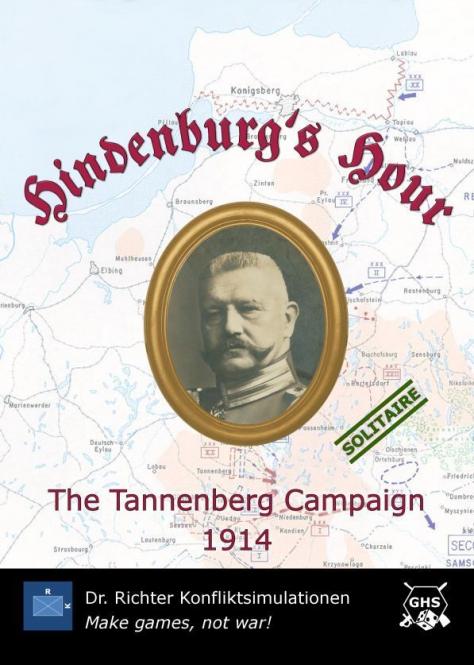 Hindenburg’s Hour is a solitaire simulation of the Tannenberg campaign in August, 1914, which puts you in place of the commander of the German 8th Army. Your task is to defend the province of East Prussia against the Russian 1st and 2nd Armies, advancing from east and south, respectively. Simple yet elegant mechanics make for an entertaining challenge. Will you be up to it and justify the Kaiser’s faith in you?

You also need 1 six-sided die which is not provided with the game.

Hindenburg’s Hour has been developed in cooperation with the Gesellschaft für historische Simulationen (German Society for Historical Simulations, GHS).