This online shop is using cookies to give you the best shopping expierience. Thereby for example the session information or language setting are stored on your computer. Without cookies the range of the online shop's functionality is limited. If you do not agree, please click here. x
You are here: / By Manufacturer / Decision Games
Back to overview

Previous product Product 218 of 259 Next product 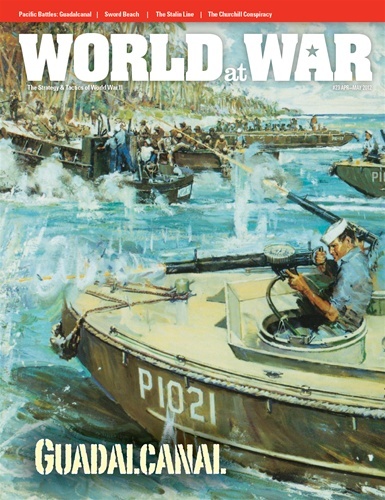 Pacific Battles: Guadalcanal is a two-player (Japanese versus U.S.) operational level game, designed by Joseph Miranda. The game includes 228 medium-sized die-cut counters, with the battalion as the primary maneuver unit, and also includes air units, supply markers, campaign chits, suppression chits, and deception markers. The colorful map features the island of Guadalcanal, with each hex representing approximately two miles across, and includes such prominent locations as Henderson Field and Bloody Ridge, as well as various charts and tables for easy reference during play.

The game sequence is as follows:

Victory in the game is determined by the accumulation of VPs for control of important hexes, eliminating enemy units, as well as evacuating friendly units.