Previous product Product 18 of 52 Next product 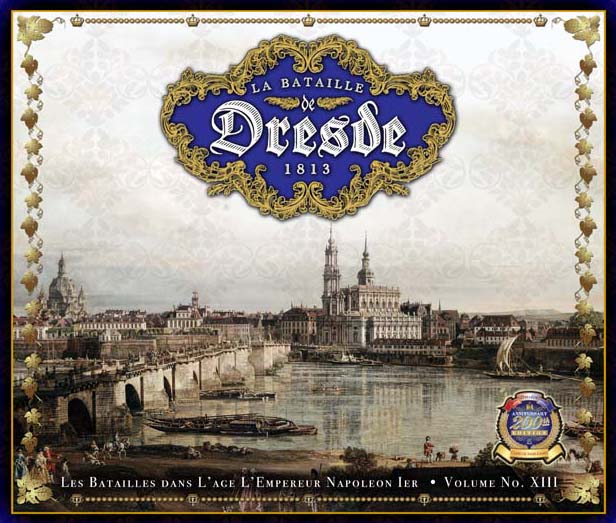 August 1813, Austria enters the war and its army marches north out of Bohemia. It joins contingents of the Russian and Prussian armies and together they march along the west bank of the Elbe into Saxony. Napoleon sees this new threat aimed at the city of Dresden, his main supply depot, and turns his army to meet it.

La Bataille de Dresde details the titanic battle that ensued on August 26 and continued through the 27. Up to 4 players control the Prussian, Austrian and Russian forces commanded by Feldmarschall Carl zu Schwarzenberg, while a further four command such personages as Marshals Ney, Marmont, Mortier, Victor, St. Cyr... or Napoleon, himself. Every battalion of infantry, squadron of cavalry or battery of artillery that was present at the battle is included in its 1,000+ counters and are at their command.

Using the award winning La Bataille rules, first pioneered by The Marshal Enterprises Household in the 1970s, "Dresde" is volume XIII in the series.