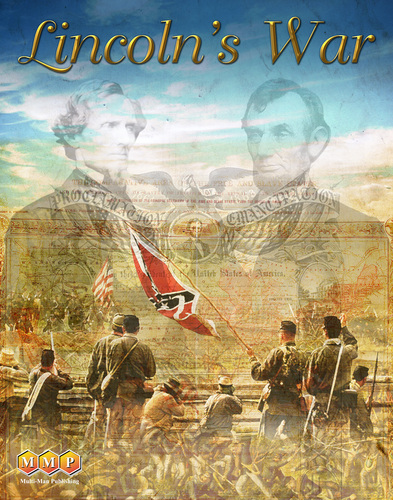 A card driven Civil War game that is less complex than For the People, but more detailed than the Price of Freedom. The map uses hexes of approximately 70-80-miles across. With exceptions for certain commanders, combat is without dice. To quote the designer:

"Lincoln’s War revolves around political influence points which can be used for a variety of purposes. Political influence can be banked, spent on activation, promotion, building naval assets, stockpiling combat resources, or goading a recalcitrant general into action. In the field, combat strength is represented but outranked by the personalities of the generals that command them. As the commander’s fortunes rise and fall so do the fortunes of his army. Some generals are better in the offense, some in the defense, some are completely unpredictable in battle."