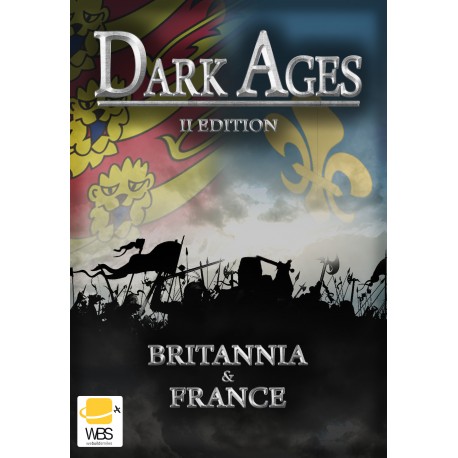 Dark Ages Britannia is the first game of a new game series about the tactical medieval warfare. In this card-driven game, players will fight 7 historical scenarios: 3 concerning the fight for the English throne in 1066 (Fulford, Stamford Bridge, Hastings) and 4 regarding the Scottish Independence War (Stirling Bridge, Falkirk, Bannockburn day 1 and 2). You can command your troops all over the battlefield, with no restrictions due to any division of the map into areas, and activate your units using cards or issuing specific tactical orders to them. Units can both attack or defend with 2 different parameters, allowing players to change their combat stance and tactical deployment.
The game system is very straightforward and does not require any combat table to be played: everything you need is on the beautifully illustrated blocks and cards.