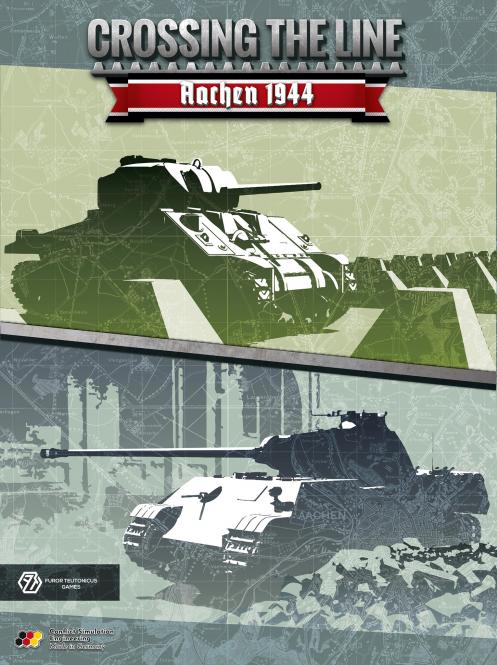 Crossing the Line – Aachen 1944 is an operational level simulation of the Battle for Aachen, which took place from September 12th to October 21st, 1944. The game is intended for two players but is suitable for solitaire and team play. The game is played in a semi-interactive way, as only one division of the active player.