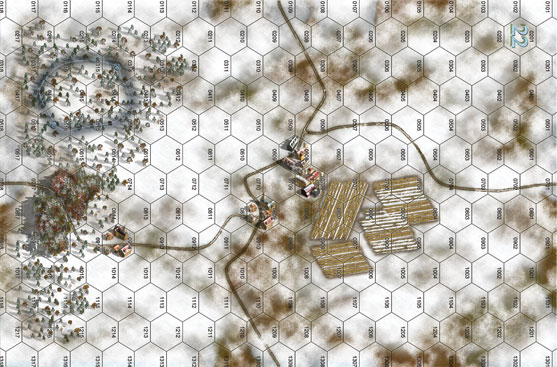 American and German troops fought a series of epic battles among the snow-covered hills of the Ardennes, and now you can play Elsenborn Ridge on maps that match the season.

Artist Guy Reissen has created four new versions of the maps included in Panzer Grenadier: Elsenborn Ridge. The four provided in the game show the terrain without snow, suitable for use in any season — and we do make use of them for many of our Panzer Grenadier supplements like Secret Weapons.