Warriors of England: The War of the Roses 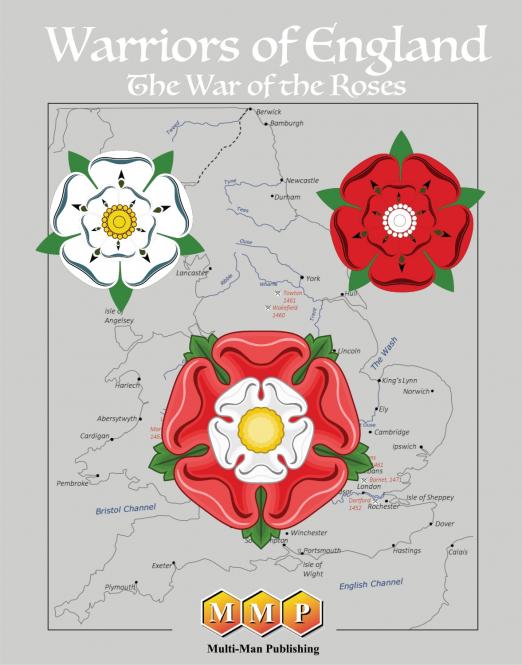 Warriors of England: The War of the Roses

The War of the Roses was a 32-year conflict in the mid to late fifteenth century that had the rival houses of Lancaster and York fighting for control of the Plantagenet dynasty and control of the English throne. Starting with the First Battle of St. Albans when Richard of York captured Henry VI, the two houses fought for control of England until the controversial king, Richard III, was killed at the Battle of Bosworth Field in 1485.

Warriors of England is a quick playing game covering the War of the Roses (1455-1487) and uses similar game mechanics as Multi-Man Publishing’s Warriors of God game covering The Hundred Years War.

Each player controls Nobles from their respective house (Lancaster and York) and vies for control of lesser Nobles who may leave your cause during battle. Each Noble controls troops and participates in campaigns to gain control of areas that add to their victory points. Control of areas also allows nobles to raise more troops for the cause!

Battles can lead to the death of your nobles, exile to a foreign land (Scotland, France, and Burgundy) or even imprisonment in the Tower of London. If nobles die in battle, they may be replaced by their heirs who may continue to fight for your claim!