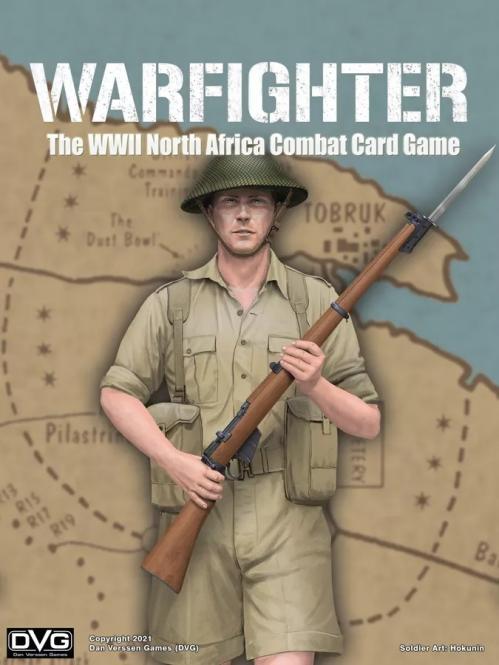 Warfighter North Africa recreates the skirmishes challenging for control of the desert lands during World War II, with the British 8th Army and German Afrika Korps contesting for coveted cities and territories in some of the harshest terrain on the planet. You may face fierce resistance from opposing Hostile forces, but watch out - the terrain itself can be your worst enemy.

This core set will contain at least 240+ cards (Soldiers, Hostiles, Mission, Objectives, Locations, Action, Gear, Events and Situation), with d6 and d10 dice, counter sheets as well as a tactical board and the latest version of the Warfighter Universal Rulebook.