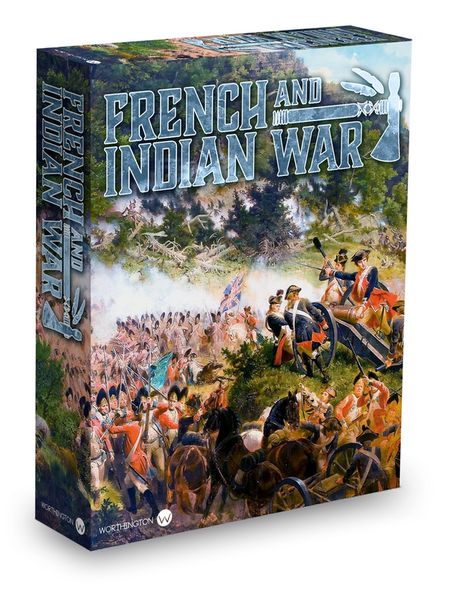 The French and Indian War is a strategic game on that conflict in America during the peak war years of 1757 to 1759. One side commands the British and its allies while the other commands the French and its allies. The object of the game is for the British player to control enough key locations in New France to win the war. The French goals are to protect New France while pursuing its own strategy of gaining territory in the American colonies.

The game has 3 campaign years and each year is followed by a winter phase.  The winter phase has supply/attrition functions for army units and fleets return from deployment.  Each campaign year has 11 turns and a possible 12th turn.  Each turn has a player phase for each side. During the player phase, players can make one move.  Moving army and ship units cause battles between those units when movement ends in a location with units from both sides.  The battles themselves reduce the strength of units, cause retreats and the winner of the battles control the location.  The game can be played in alternating turns or can be played with simultaneous turns.