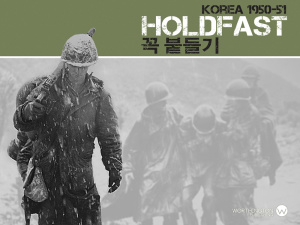 The game uses simple mechanics with a highly interactive turn sequence that keeps gamers engaged for a fast, fun, and furious 2 to 2.5 hours of play. The game units are blocks with labels and a low unit density on board means the game does not bog down. The core rules are 4 pages expanded to 8 with detailed graphics and explanations meaning you can be up and playing with 15 minutes of rules reading and a short set up.

Korea is called America’s “forgotten war”. There are very few games on the topic, and none quite like this. The US Army, US Marine Corp, ROK Army, NKPA, and CPA forces are all represented. Air power, armor, and the naval might of the UN forces are represented simply and elegantly. Rail movement, amphibious landings, and surprise attacks are in here too.

Can you as the NKPA take Seoul and Pusan before the might of the US led UN forces get too strong? Will you as the UN player be able to blitz into N. Korea securing the Yalu River before Chinese forces come pouring across like a blizzard from the north? And as a last resort can you secure more enemy territory to control across the 38th Parallel as the peace makers negotiate the end of the war? The decisions are yours!