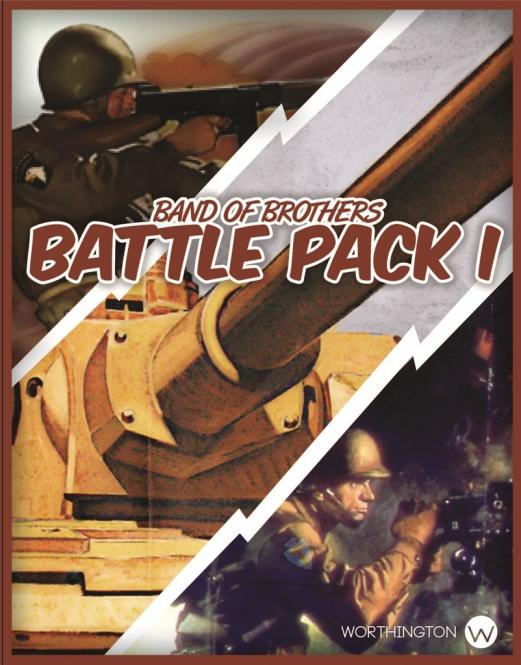 This game is an expansion set to the our Band of Brothers game series. It is 4 epic battles that are larger scenarios that are games themselves. They use a giant hard mounted game board, almost 2 feet by 3 feet, that is double sided. One side is a snow landscape and the other a summer environment. All the counters you need are included in the battle pack but you must own either Screaming Eagles or Ghost Panzer for the base rules, player aid cards, status counters, etc.

What's Included in the Epic Battlepack 1:

What isn’t included, you will need these from either GHOST PANZER or SCREAMING EAGLES

Map 28 is the first ever snow map for Band of Brothers. It is a small town surrounded by sparse woods. The map is perfect for battles involving Russian winters or the Battle of the Bulge.

The game includes battle counters for Waffen SS units. During the war, the SS varied in quality from near conscripts all the way up to elite units. It is the higher quality combat units the are in this package. Both the early war SS, which were a little more prone to casualties, and the late war SS, which were armed with assault rifles, are included.