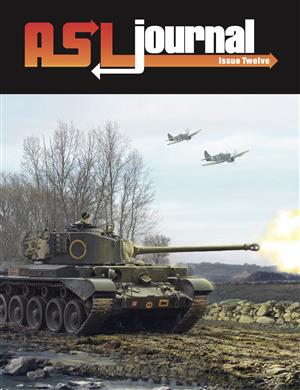 ASL JOURNAL 12 is a 40-page magazine for Advanced Squad Leader and features nine articles, the latest Q&A/errata, and 12 new scenarios printed on cardstock. Also included is a corrected scenario card for scenario 181 Gavin Take from the recent YANKS, which was missing its red text and is being replaced here.