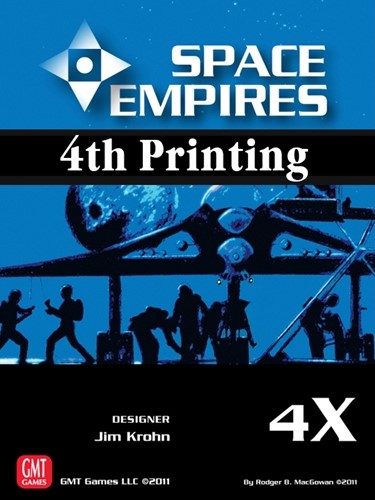 Space Empires is a game in the finest tradition of 4X space games - eXplore, eXpand, eXploit, and eXterminate. Make no mistake. All four "X's" are included in this game. This is a wargame where the purpose of building your empire is not to feel good about your achievement, but to destroy your enemies and burn their colonies.

One difficulty in games of this genre is that they are often either overly simplistic or tediously detailed. Space Empires has been almost 20 years in the making and, during that time, many elegant solutions have been developed to keep the theme rich without a lot of rules. The game includes carriers and fighters, mines, cloaking, a very large technology tree, fifteen ship classes from scout to dreadnaught, merchant shipping, colonization, mining, terraforming, bases, shipyards, black holes, warp points, and non-player aliens, yet the rules are short and intuitive and the game can be finished on one sitting. This is NOT a game that is hard to get into. The playtest rules are only 8 pages long for the basic game and increase to 11 pages in length when the advanced rules are included.

Exploration is easy (well, easy for you, it is actually dangerous for your ships) and fun and reveals different terrain (such as asteroids and nebulas) which affect your movement and your combat. The map is mounted.

This is a game made by people who love the genre, but play other games too.