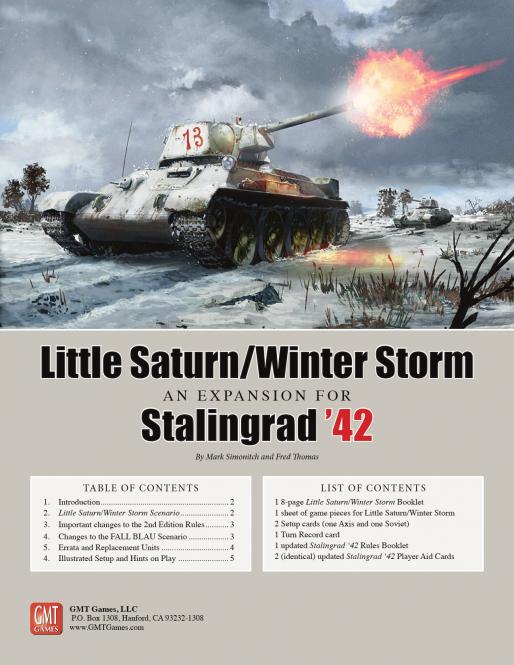 Operation Little Saturn/Winter Storm adds a 5th scenario to Stalingrad '42 covering the period from December 14th through February 5th, 1943. The scenario starts with the Soviets launching a major attack against the Italians along the Don River while Manstein's Operation Winter Storm to relieve Stalingrad is in progress.